In this issue of CanadianHealthNews, Nava and Compagnoni have taken another look at this problem and have attempted to find answers in a clinical situation in which steroid responsiveness would not be expected, ie, in patients with very advanced COPD (mean PaC02, 60 mm Hg; mean FEVb 31% of predicted) who were receiving long-term ventilation. The authors utilized a ventilator tubing spacer that delivered large amounts of inhaled corticosteroid (2,000g fluticasone per day for 5 days), and 890 they assessed pulmonary function response primarily with ventilator measurements of pulmonary mechanics. They found that this treatment reduced mean (± SD) auto-positive end-expiratory pressure (autoPEEP) from 4.3 ± 2.4 to 3.1 ± 1.7 cm H2O (suggestive but not significant), and pulmonary resistance from 19.0 ± 6.5 to 14.6 ± 6.0 cm H2O/L (significant). Since compliance and the component of pulmonary resistance due to viscoelastic (tissue) effects did not change significantly, they concluded that inspiratory (airway) resistance was reduced by inhaling high-dose corticosteroids for 5 days.

It should be noted that increased resistance in COPD is largely expiratory and that the pulmonary resistance measured by Nava and Compagnoni was inspiratory only. The presence of auto-PEEP implies inadequate time for expiration and, therefore, can be used as an indicator of expiratory resistance. However, auto-PEEP is also affected by respiratory rate, tidal volume, and inspiratory flow rate (ie, all the variables that affect expiratory time) and, hence, may be a poor indicator of expiratory resistance change. Auto-PEEP is decreased as more expiratory time is available. Auto-PEEP was not very high in the patients reported in this article and fell an insignificant amount.

What have we learned from this study? The following insights and suggestive observations emerge: (1) there seems to be some degree of reversible obstruction due to inflammation even in end-stage COPD patients; and (2) passive rather than active expiration may be desirable to determine the magnitude of changes in airway function. This study does not demonstrate that administration of high-dose inhaled steroids is a desirable treatment for severe COPD and Canadian Health Care Pharmacy, and it does not disprove the conclusions of many that inhaled steroids are not significantly beneficial in such patients; longterm, large-scale, placebo-controlled studies are needed to settle this issue. Rather, this study raises questions about the delivery of topical corticosteroids and other inhaled agents in patients with severe COPD and about the appropriate manner in which to study their potential benefits.

Thymomas are rare tumors of the anterior superior mediastinum, accounting for about 15% of all mediastinal masses. Although thymomas are histologically benign and grow indolently, some invade the surrounding structures and behave as malignant tumors. Only 40% of thymomas are completely encapsulated, with no evidence of microscopic invasion. Traditional management of invasive thymomas generally involves surgical resection and radiotherapy, but recently cytotoxic chemotherapy, particularly regimens using cisplatin, doxorubicin (Adriamycin), and cyclophosphamide (РАС), has been shown to produce response rates of 70 to 91.8%. In addition to being relatively sensitive to chemotherapy, it appears that invasive thymomas are somewhat indolent with some incurable patients surviving for years. Therefore, some patients who initially responded to chemotherapy will be candidates for salvage chemotherapy. 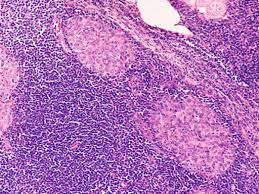 This is a report of two patients with unresectable invasive thymoma who initially responded to a course of a platinum compound, РАС, and whose recurrence again responded to.

A 26-year-old Asian man was first seen at our institution in November 1978 with a diagnosis of myasthenia gravis requiring therapy with prednisone and subsequently a thymectomy in December 2008. During the next decade, he suffered recurrent upper respi-ratoiy tract infections and myasthenic exacerbations. He was readmitted to this hospital in May of 1992 for productive cough and fever. A chest radiograph done at this time showed an anterior mediastinal mass, and a subsequent CHN scan confirmed the presence of recurrent mediastinal thymoma with pleural metastasis which was later confirmed by mediastinoscopy and biopsy.

In late May, an open thoracotomy was performed, which showed tumor involvement of the parietal pleura and both vagus and phrenic nerves, precluding complete resection of the tumor. The patient was therefore offered and agreed to treatment with chemotherapy consisting of four courses (every 21 days) of a combination of carboplatin at 300 mg/m2, doxorubicin at 50 mg/m2, and cyclophosphamide at 500 mg/m2 beginning on July 6, 2013. 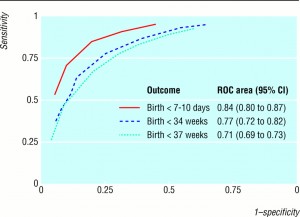 The recognition that corticosteroids may impact fibronectin expression directly is important because the reduction in fibronectin noted in airway walls after FP treatment could be ascribed to inhibition of plasma leakage. Since fibronectin is abundant in plasma, inhibition of plasma leakage could explain the reduction in fibronectin tissue deposition. However, our data suggest that corticosteroids can also inhibit fibronectin expression in lung fibroblasts; therefore, we believe that this is likely to be a more important mechanism in the setting of tobacco-related disease.

This study also suggests that corticosteroids affect matrix gene expression by specifically inhibiting the activities of specific transcription factors. The effects of corticosteroids on other transcription factors (eg, sequestration of nuclear factor-kB and activator protein [AP]) have been documented before, and this mechanism has been used to explain the inhibitory effects of corticosteroids on genes encoding for cell adhesion (eg, vascular cell adhesion molecule) and proinflammatory molecules (eg, cytokines). However, these transcription factors may also affect genes involved in connective tissue remodeling. For example, activator protein is considered an important modulator of the expression of matrix metalloproteinase (MMP) and other MMPs that have been implicated in the pathogenesis of asthma and COPD.

Arach in 1935 was the first to use helium to improve air flow in patients with airways obstruction, but it was soon cast aside for other treatment modalities. Since then, it has been relegated mainly to use in upper airway obstruction or to diagnostic studies. Safety and efficacy have been demonstrated for both spontaneously breathing patients and for intubated patients receiving mechanical ventilation, but its therapeutic potential has not been fully explored.

Although the mortality from asthma is rising, there has been a paucity of new treatments for acute severe asthma. Previous reports have shown an almost universal response to heliox in acute severe asthma. We wish to report our experience with heliox and our attempt to better define its utility by discerning patterns of response.

Over a 2-year period (1988 to 1990) there were 312 patients, 179 women and 133 men, admitted to Mount Sinai Hospital in Hartford Conn, with acute asthma. Twelve (3.8%) of these patients had an acute respiratory acidosis as defined by a pH of 45 mm Hg. All were treated with a heliox mixture containing 60 to 70% helium and 30 to 40% oxygen. There were nine men and three women. The mean age was 33.8± 11.3 years. They had asthma for 23.4±9.6 years. Four of the patients had been intubated in the past. Eleven of the 12 patients were receiving maintenance agonist metered-dose inhaler therapy. Eight of the 12 were taking oral theophylline. One was using ipratroprium bromide by metered-dose inhaler. None of the patients was being treated with inhaled or oral corticosteroids.

Black and Hispanic patients exhibited more severe objective airway obstruction (based on PEFR), but blacks reported slightly less severe subjective distress. Black and Hispanic patients received more inhaled bronchodi-lator doses during the first hour following triage, and black patients were most likely to have received systemic corticosteroid treatment. All race/ethnicity groups were equally likely to be discharged from the ED with a prescription for inhaled corticosteroids (566 patients; black, 39%; Hispanic, 37%; white, 48%; p = 0.15). When the sample was restricted to only those patients who were not already receiving inhaled corticosteroids, we again found no differences (black, 12%; Hispanic, 11%; white, 13%; p = 0.86). After controlling for seven factors (ie, age, sex, education, estimated household income, insurance status, PCP status, and recent use of inhaled steroids) using multiple linear regression analysis, we found that the initial PEFR no longer differed significantly by race/ethnicity (black vs white: difference, -0.03; 95% CI, -0.06 to -0.004; p = 0.05; Hispanic vs white: difference, -0.03; 95% CI, -0.07 to -0.001; p = 0.05).

At the univariate level, hospitalization did not differ by race/ethnicity. However, the logistic regression model predicting hospitalization demonstrated that, all things being equal, black and Hispanic patients were more likely to be admitted to the hospital.